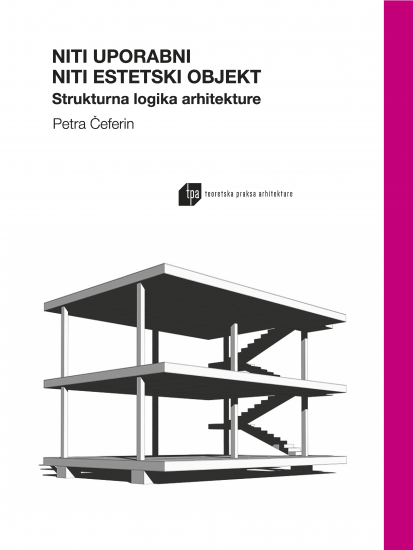 
One of the questions that architecture currently faces asks whether architecture can still maintain a position of resistance against the regime of globalised capitalism that dominates the world today. Or is the only position that remains open to it to work as a constituent part of this regime and its mechanism? The starting point of the book ('Neither utilitarian noraesthetic object. A structural logic of architecture') is that architecture always already overcomes this dilemma. It is a practice, that by virtue of its inner structure, works such that it is not a constituent part of the mechanism of the given world, and nor does it work in such a way as to resist this mechanism. Rather, it is a practice that is founded on itself, and thus has the potential to be and work in the world irrespective of the world and its demands.

Architecture, which effectuates this innate potential, is architecture as a creative practice. The book outlines such practice of architecture. It develops four concepts and with them it elaborates the fundamental structural logic of architecture. This is the logic according to which architecture itself is built; and it is the logic that determines the way in which architecture appears and works “outside itself”. Both meanings are inseparably connected: because architecture is built in a special way, because it is a practice that is founded on itself, it works in the way that it breaches the world from within. One of the fundamental theses of this book, therefore, asserts that precisely in architecture's self-supporting makeup lies its power to break – and break with – the frameworks of the given world.