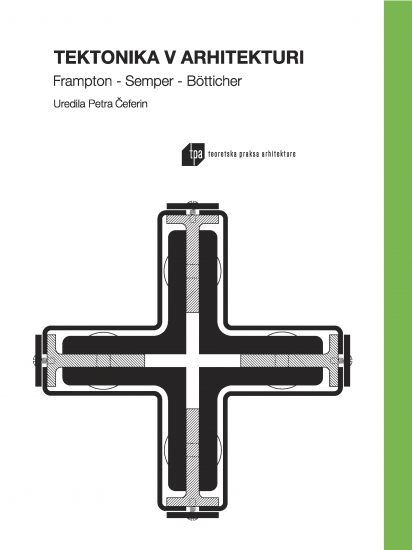 
The three texts collected in this book ('Tectonics in Architecture') maintain the common view of architecture as craft, in the ancient Greek sense of poiesis, as an act of making, the making of material objects. This craft is assigned the term tectonics. The central text of the book is the essay written by the architectural theoretician Kenneth Frampton, in which he responds to the burning problem of architecture: the closing of the possibilities for architecture to work as a creative, thinking practice. His thesis maintains that in order to resist this process of turning architecture into but a giant commodity, an insistence on a specifically architectural way of making of objects is necessary. And according to Frampton, this specific architectural way of making is what we would call construction, that is, tectonic construction. In order to preserve architecture, a return to tectonics is needed. And a return to tectonics is an emphasis on the material base or ground of architecture. In developing this thesis Frampton follows the work of two German architects of the 19th century, Karl Bötticher and Gottfried Semper, who first elaborated the term tectonic in the modern sense. This book includes parts of their respective studies: the preface and part of the introduction of Bötticher's seminal work The Tectonic of the Hellenes, and the fifth chapter of the Semper's celebrated work The Four Elements of Architecture.