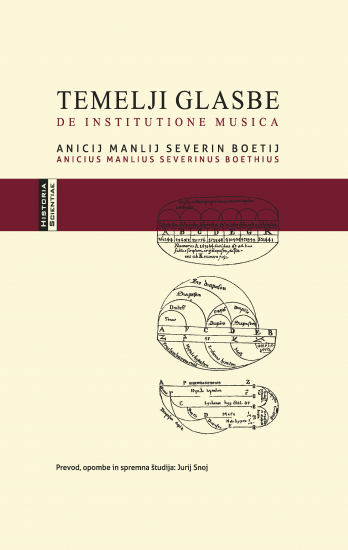 
Around A. D. 500, a young Roman intellectual A. M. S. Boethius collected all the existing knowledge on music and presented it in form of an extensive Latin treatise. He was convinced that a deep comprehension of music (as well as any other discipline of the quadrivium) was an indispensable basis of any scholarship and philosophical inquiry. Boethius' text that was discovered only in the Carolingian times, became the starting point of European music theory, and on Boethius' theorems many excellent scholars and thinkers of the past centuries (not just musicians) trained their intellects. The edition includes Boethius' Latin text, the synoptically running translation into Slovenian with annotations, the Slovenian-Latin glossary of Boethius' terms, and the bibliography.